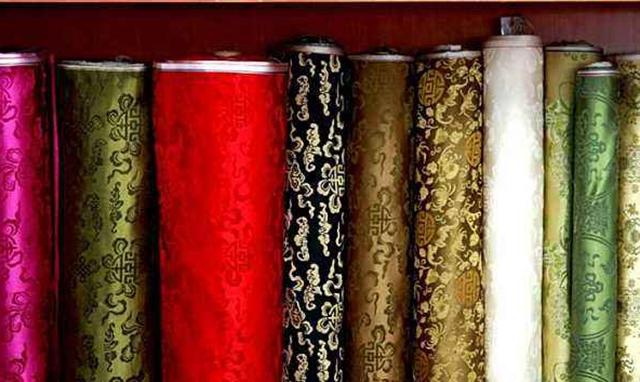 Silk damask was listed in the second catalogue of national representative intangible cultural heritages in 2008.

The traditional weaving technique of Shuanglin silk damask has a long history. According to relevant literature and historical records, Wang Xianzhi, prefecture chief of Wuxing in feudal China, wrote with white spun silk in the Eastern Jin Dynasty (317-420). The Shuanglin silk damask was world-famous by the Song Dynasty (420-479), and exported to more than ten Southeast Asian countries such as Vietnam, Cambodia, India and Sri Lanka. According the Wuxing County Records, the weaving skill was developed further in the Ming Dynasty (1368-1644).

With the influence of modern economy, culture, technology and many other factors, silk damask is more and more extensively used. More than 400 cultural painting and calligraphy organizations such as the Xiling Seal Society in Hangzhou and Rong Bao Zhai in Beijing chose Shuanglin silk damask for frame materials. It is also widely used in arts and crafts, the tourism trade, and decorative arts and crafts. 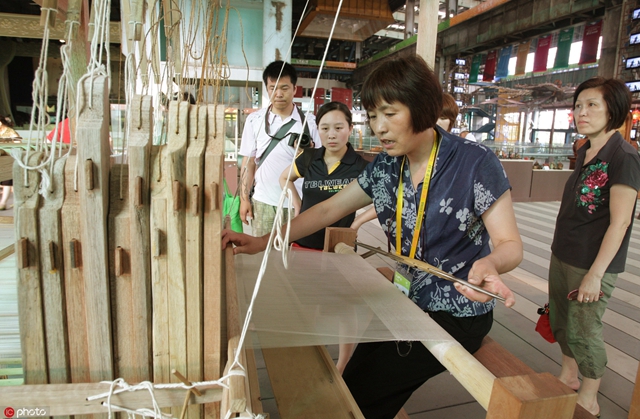 The traditional weaving technique of Shuanglin silk damask is shown as a Zhejiang traditional handicraft during the Shanghai Expo's "Zhejiang Week" on June 18, 2010.